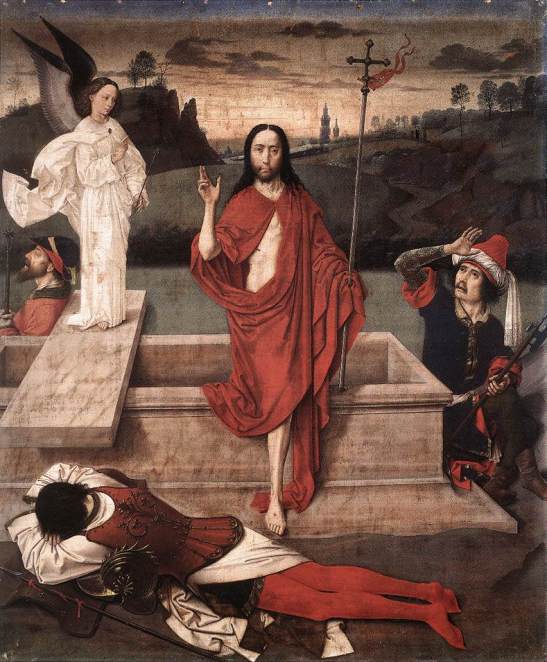 I am currently staying in a village of a rather orthodox-protestant character, and, that is – putting it mildly. It is a small village of about five-thousand souls, with (at least) four churches – all protestant but unique in their own ways of acting upon it. The Christian faith has known segregation from the start, but the Protestants made a sport of it to regularly come up with a new concept; the reformed churches have always been the most active in this.

Christ has risen! was the first thing I heard waking up this morning. Someone was shouting it repeatedly as he (definitely a man it was) went through the village. He did not, of course, mean the actual return of Jesus Christ but merely stated the character of the current holy day: Easter Sunday. I personally could have done without it, as I already had a feeling it was upcoming during the past week. I think everyone should be entitled to celebrate and live out one’s own beliefs, but to do it so loudly at seven o’clock in the morning – there are limits…
Even with the most limited religious instruction one knows what today is about, therefore I won’t go into deep detail over it. It is Easter – the culmination of the Passion. Today we celebrate the resurrection of Jesus Christ on the third day after his crucifixion, through which he died for our sins. We will now enter the Eastertide of seven weeks in which (forty days after today) we shall celebrate the Ascension of Jesus Christ, followed (ten days later) by Pentecost, the descent of the Holy Spirit. That is about the shortest description and most correct order I can give of the upcoming Christian holidays; and, correct me if I’m wrong: This is about the general opinion of every variation of the Christian faith, whether it be Catholic, Lutheran, Reformed, etc., with the use of different calendars excluded.

My own beliefs are still in a slightly formative stage, even though I am already in my thirties; a person should never be too certain about things and keep an open mind. One thing I do know: There is no church that has an absolute monopoly over any truth. As a friend, and learned theologian, once said to me: ‘All we know about Heaven, was written on Earth.’ And those people who have claimed to have had personal contact with God himself or with one of his retinue, have either been declared entirely doolally, or have founded their own church. It would be better for everyone to just embrace the true Christian values and live by them, instead of trying to convince, fight, or denounce those who are dissentient. Have respect and mercy towards the other – in short: Treat the other as you wish to be treated.’ Easier said, than accomplished – I agree; especially as the institutional churches are often the least help in doing so.

I envy those who are rooted in a religion, with families that have always been consistent – Catholic since the beginning, or Protestant since the Reformation. My own ancestors have religiously wavered their way through history, always balancing their beliefs against their social position, political allegiance, or financial situation – yes, to save their own skins, necks, and lower hind-parts. Many succeeded successfully, many failed miserably. As the descendant I never have the right answer to the question ‘What is your family’s religion?’ – the number three question when meeting the parents of a partner, usually directly following ‘What does your father do?’ and ‘What is your mother’s family name?’ I have always felt rather uncomfortable having to explain the ‘what,-how,-and-why’ having a protestant-by-convenience father and a mother who has always described her own faith as ‘catholic-on-wheels’. Were it just my mother’s side it would be easy, as they are all rampantly catholic, but my father’s side… climbing in the tree for just the first generations there are a bunch of Lutherans and Catholics, but also Church of England and, to complicate matters even further: Russian-Orthodox. And not just parishioners; when I look up a little further I can spot the first Anglican vicars, enthusiastic contributors to the Reformation itself, and those who took it upon themselves to have churches and convents built, or bibles translated. Entering the Renaissance and medieval times I can even find some saints and popes who were less celibate than expected of them. And all their respective churches claim the right of being the one and only true religion for which Jesus Christ will come back to fetch us. It is safe to say that my ancestors did their bit in spreading the Word, some even out of honest devotion, but it has left me in utter confusion about the right path. Can I say that by this diversified religious background I’ll be saved anyway, or that I’m damned because they never managed to be more consistent? Or should I stay as I am and bring it upon myself? The Dutch have a great term for my still unspecified ‘more between heaven and earth’ belief without a religion: Ietsism. The best translation would be: Somethingism – iets being the Dutch word for something.

About one thing I am pretty certain: I shall not be inclined at any time soon, to inform my neighbours about Christ’s historical whereabouts at seven o’clock in the morning. As one might expect after reading this brief blog-post, I did not attend any services or masses today. I chose to stay home and listen to the works of J.S. Bach, a man who (must have) had the God-given talent of composing the most beautiful music. If anyone, then he provides the answer for those who are still not sure, but who can appreciate the musical beauty of an old story that might just be truth or at least bring some consolation to the lack of answers to this life.

Thank heavens for Bach.
And a happy and blessed Easter to all. 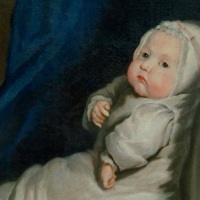 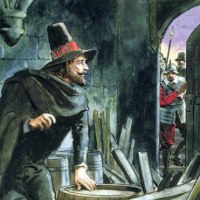